Erika Kobayashi, a Japan based author and artist, approached us to reflect and react to a book she had published in 2011: Your Dear Kitty

Erika Kobayashi had two dairies with her. One by Anne Frank, which she wrote at the age of 13 to 15, and the other by her father, written during and after the war between the age of 16 and 17. They were born in the same yea, in different countries. In the spring of 2009 Erika’s father turned 80, just as Anne Frank would have. So she decided to set out on a journey with both diaries, following in the footsteps of Anne Frank, Bergen-Belsen — Auschwitz — Auschwitz-Birkenau — Westerbork — Amsterdam — Frankfurt am Main, tracing back from her death to her birthplace, I read through each diary in different places and then wrote into her own. She started her diary in a brand new notebook, beginning with the words “Your Dear Kitty”.

For us a book does not always contain a memory, but a memory can always become a book. When a book represents what has happened, even if the events have been interpreted or reinterpreted it always represents a memory. This memory can be transferred to other people when they enter the world of the book, when they enter the memory of that book. We thought this would be a good basis on which to produce a new work together with Erika.

The result was a new publication delving into the workings of memory, an exhibition at the Lloyd Hotel Amsterdam, and at the bookshop Utrecht in Tokyo.

Publication available in our (online) store. 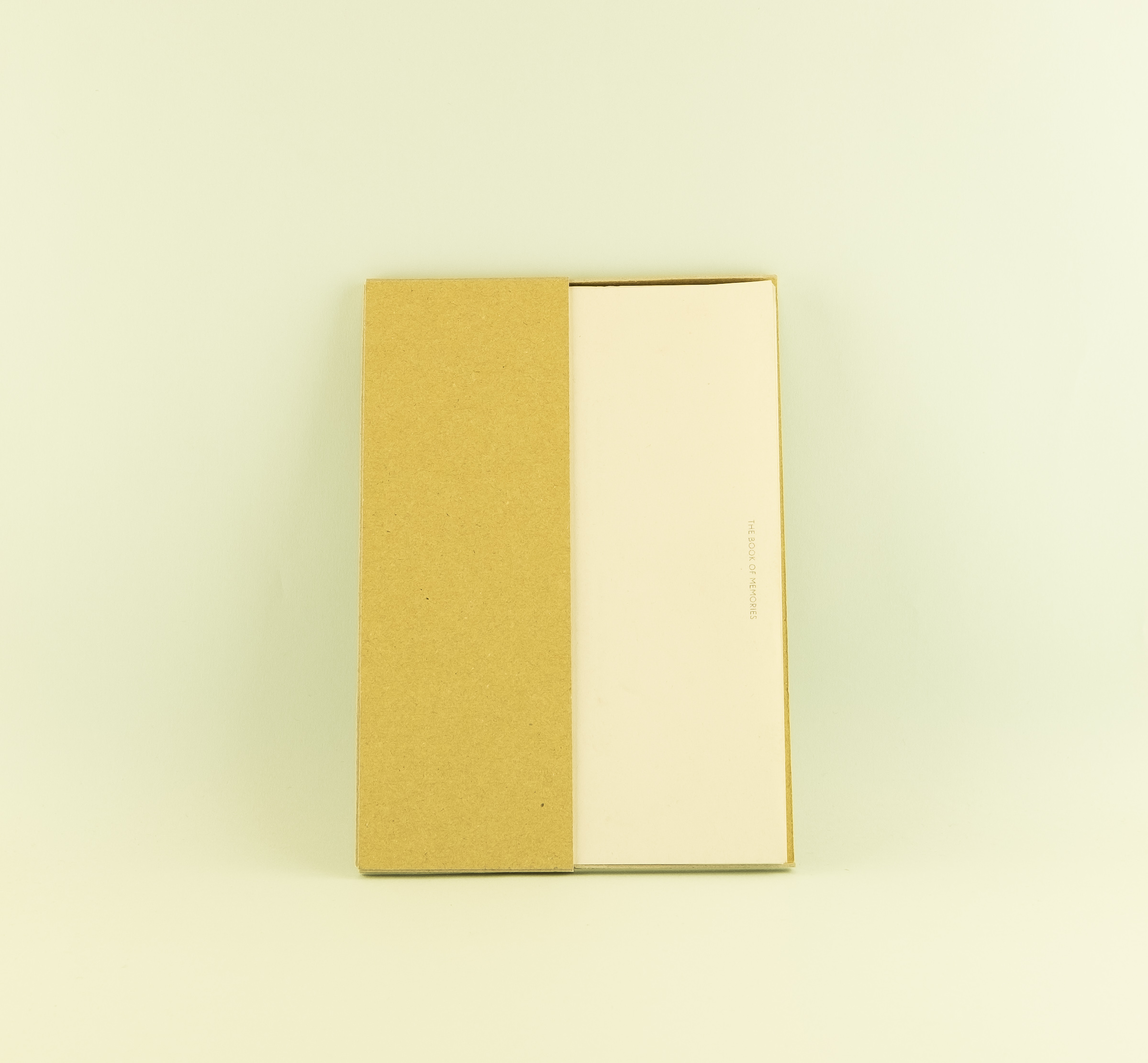 Book of Memories — one introduction foldout, main book(s), and box 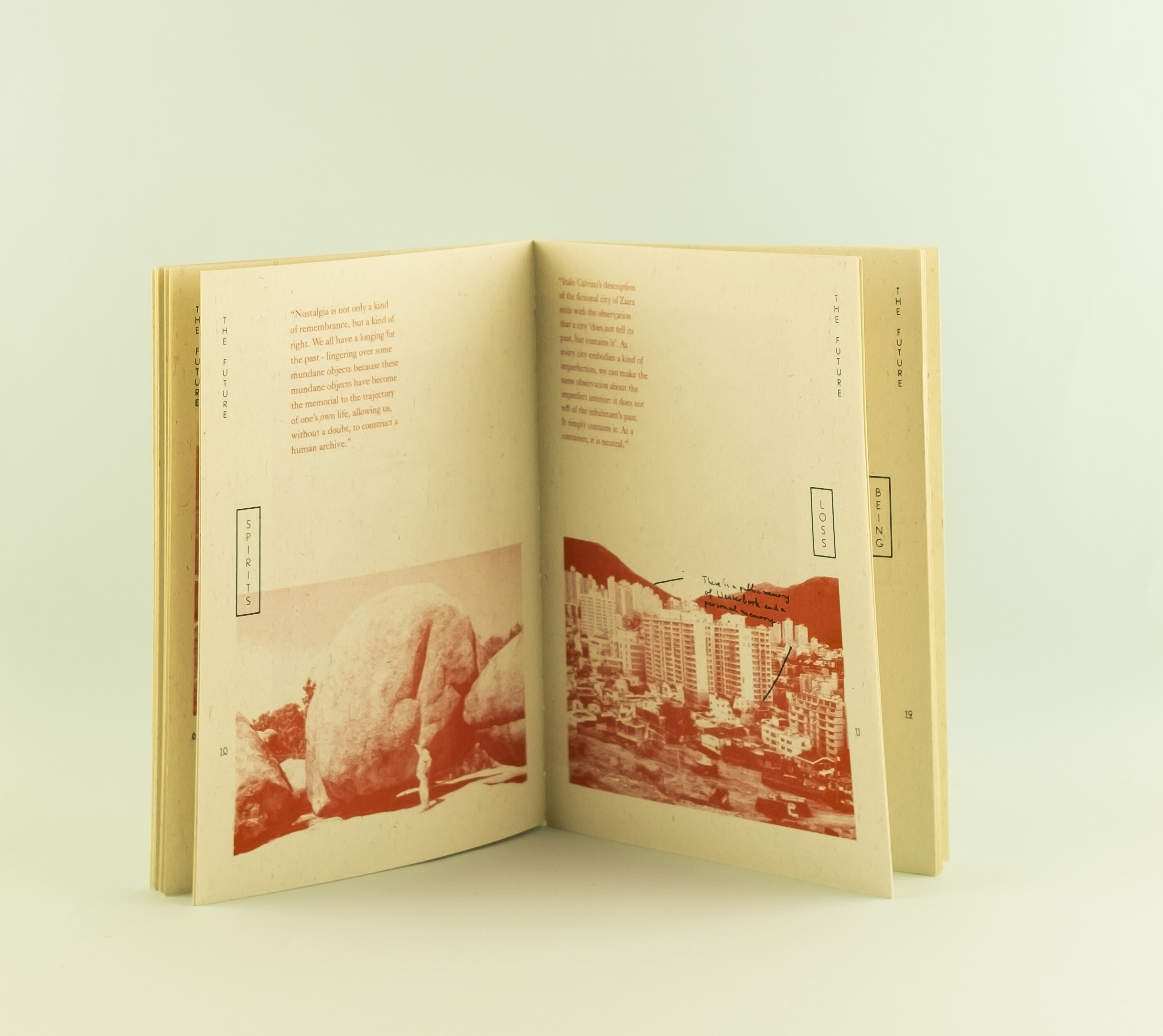 Inside of book, chapter 2 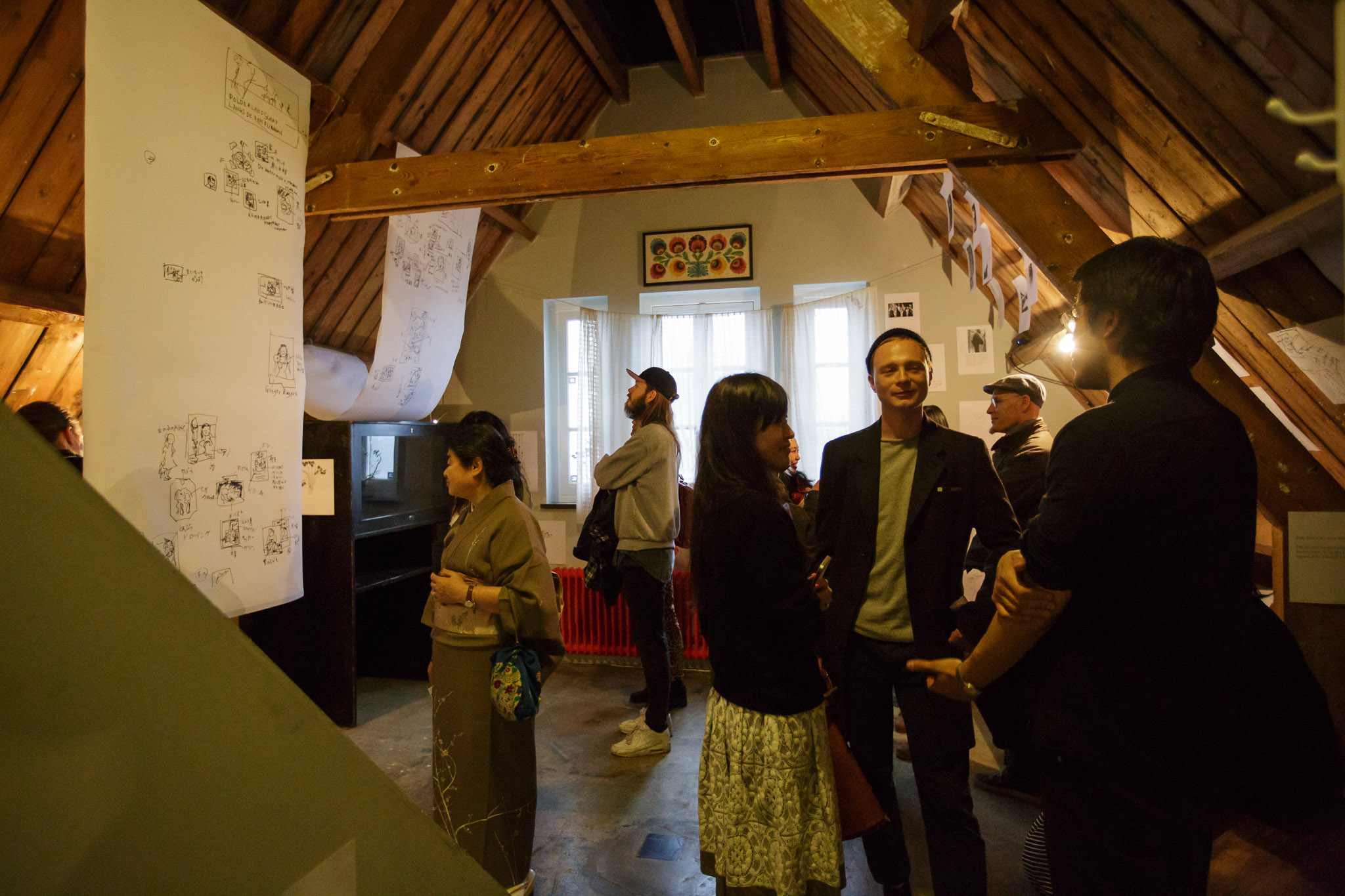 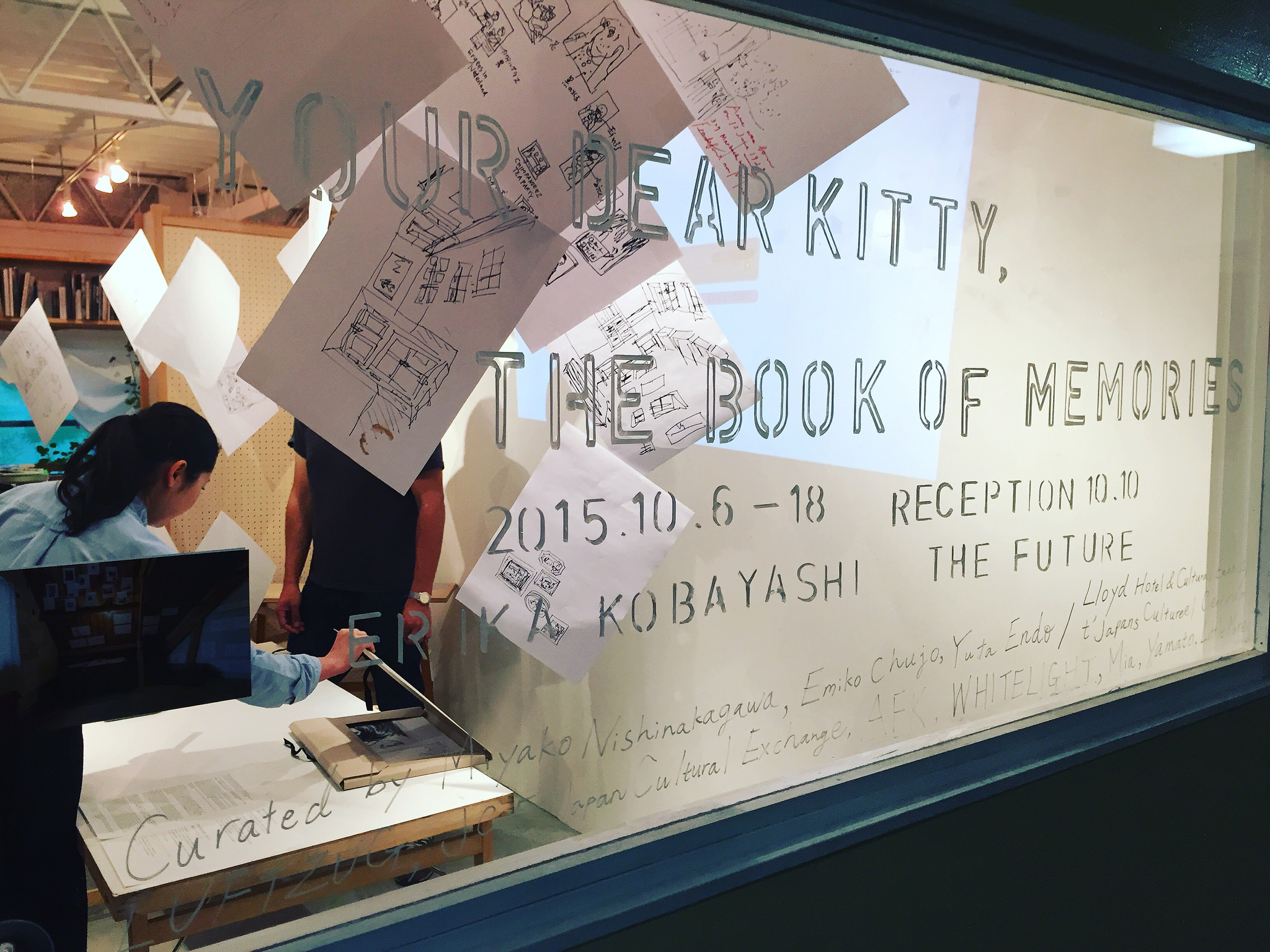 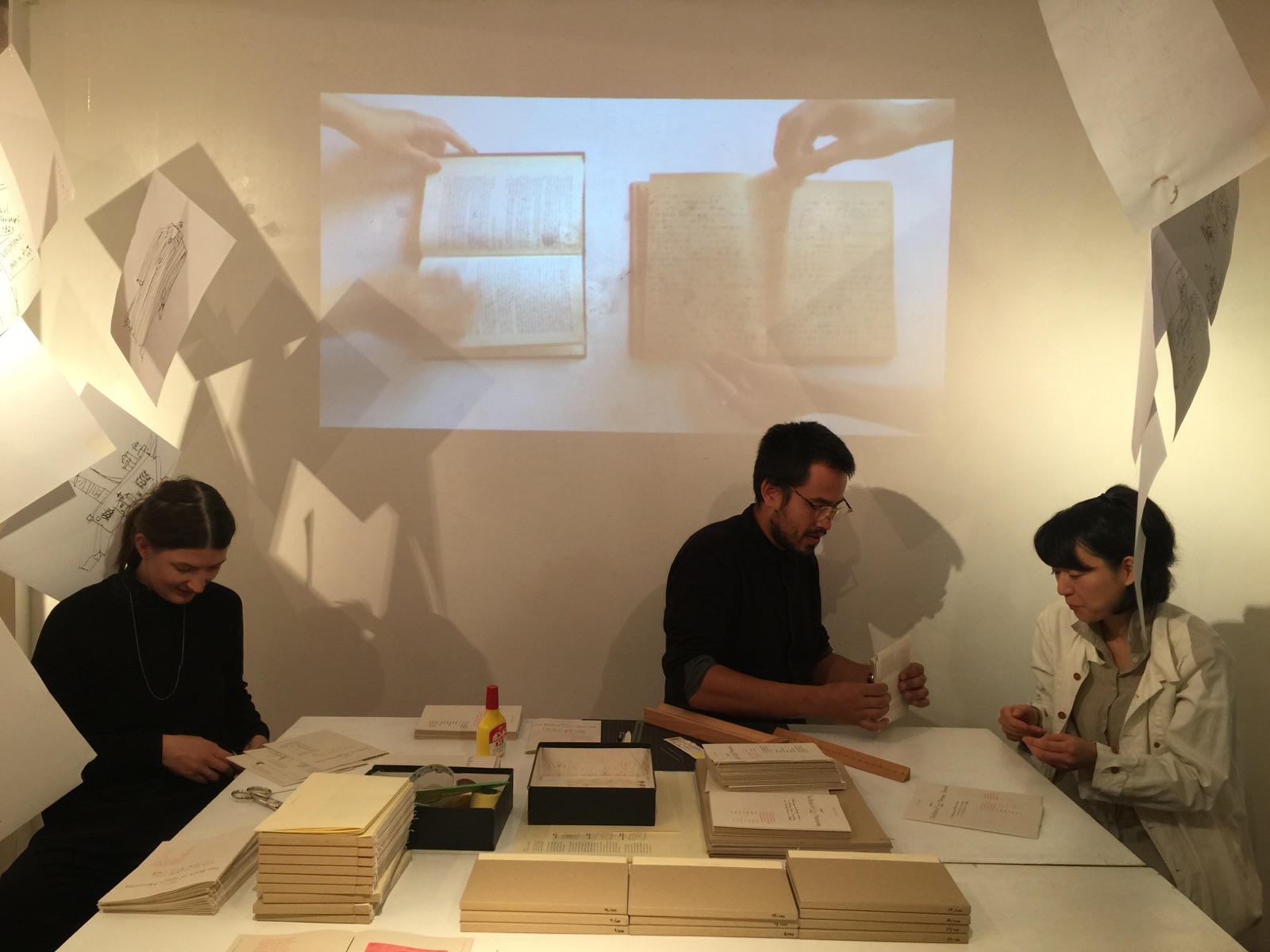