We spent over 60 hours, consecutively, inside De School during Amsterdam Dance Event to make The 60 Hour book during Het Weekend 19.10 – 22.10. Together with befriended artists Jorrit, Simon and Tjobo we spent from Friday evening until Monday morning in the basement, Het Muzieklokaal, our studio (which is located in the hallway between the club and restaurant DS), the garden and s105, where we slept in field beds. All our impressions, experiences and imaginations were captured in graphics, drawings, pictures and words.

The following interview by De School’s Jasmien Hoek, was posted on their website to give some background information.

Q: What was the idea behind this project?

Klara: “The idea behind the 60-hour book was to have no idea beforehand, no ideas about the content of the book, and also not to think about anything before Friday. Which is quite difficult; sometimes something pops up in your mind and then you can’t think about it. If you do, you can’t use it anymore. With those limitations, we just tried to take everything in and find a way to express it. The idea behind the book is really quite simple”

Vincent: “The idea comes from books we have done before with friends that are called the 24-hour book, within those 24-hours we lock ourselves up in one space and we can’t use anything from outside of that space; we can’t even go online and look for nice images.

So for the 60 Hour book, everything has to happen in the 60 hours and also come from De School: all the conversations about the book, thinking about how the ideas are going to be turned into a spread or a page, decide how it’s placed, printed, sorted, bound and finally glued.”

Klara: “We stayed here for 65 hours in the end, although we did sleep every now and then. We hadn’t been outside since Friday evening, apart from the garden. On Sunday it just felt like one long day, but then Friday also felt like a really long time ago because a lot had already happened. It feels different to come back here now because we have this experience in this space now. It was our world, our home for a while.”

Q: What did you prepare?

Klara: “We bought thicker paper for the cover, but we also needed that for a different project, so maybe it doesn’t even count. We did get some field beds and placed them in s105, where we slept. We couldn’t sleep in our studio, because then we would have not been able to sleep at all.

We also didn’t want to think about the design beforehand, but we did think about the format and dimensions of the book. Our goal was set at 2 A3 pages folded double sided per 24 hours. That didn’t happen, but it was at least something to hold onto.”

Vincent: “The one thing we didn’t feel comfortable doing was cutting the books after being in De School for 65 hours. When you start cutting at the very end and you start rushing, that’s when you make mistakes. So we avoided this, also for safety reasons.

A last minute decision was that we left Ichiro, our dog, at home with friends. He would have enjoyed it for the first hours, but after that he would have probably just wanted to go home.”

Q: Did you end up spending a lot of time inside the club?

Klara: “On Friday and Saturday night we spent quite some time on the dancefloor, Sunday a little bit less because we had to finish and make the final decisions.”

Vincent: “Throughout the weekend we just kept going into the club, see how it was, and leave again. Which was nice, but at a certain point we decided we should just enjoy the party for a little bit otherwise we can’t really understand what is going on and what the vibe is.”

Klara: “It would have been great if we could have been in the party until sunday, and then make the book, but that is not what the project is about.”

Vincent: “Then the book would have had a lot of blank pages… (laughs). So we had to balance that a little bit.

Q: What were some challenges you faced during Het Weekend?

Vincent: “One of the bigger challenges was that inside De School you can’t take any pictures, so how do you capture something that’s happening in the club without taking photos of it? A few times something happened, and one of us got an idea from it, and rushed out of the club into our studio.

This book is a mixture of our feelings, what we saw, and the state of what we saw. The actual pictures inside the book are things that we saw and tried to recreate ourselves, and then capture it with a camera in our temporary studio in S105.”

Whenever you go to a club or a museum, or watch a movie or visit an exhibition, what you see makes you think of something else and you recreate a situation in your own way. So the book also represents our personal state.

Though it is hard to catch onto those ideas and, especially when the pressure is on, one thing we know from previous projects is that whatever happens, eventually something will come out. The result is always exciting, at least for us.”

Klara: “We didn’t anticipate for the glue needing to dry for so long, 4 hours, in the end. On Sunday around midnight we were binding the books, and then we had to wait for a few hours to have one batch finished and could only do a few at a time.

But, it it’s always like that; the actual finishing turns out to take more time than expected. So we kind of expected this to happen, but then again not really.”

Vincent: “Around 10 in the morning, half of the books were dry and completely ready.

In a less practical sense, what was unexpected was that I found a lot of people were really fresh for the most part. Sometimes during the normal shorter weekenders (from Saturday until Monday), when we come to work here, and walk into the club to check it out for a bit, I always feel like I can’t level with people at that particular moment. This time I didn’t feel the distance that much, I felt more like we were all quite fresh. Maybe because I was super tired myself, which made everybody else seem less tired.”

Klara: “Maybe because you’re in a shared state, like an atmosphere for so long.”

Vincent: Before the weekend, I was kind of worried about what the dynamic between the 5 of us would be like. We had never done this before with 5 people. In the end it worked really well. We all gave each other quite a lot of space to contribute and bring in ideas. I expected more tension, but that was not the case at all.”

Q: With all these different ideas coming in, is there anything in there you don’t recognize from the weekend? Something you experienced different than the others?

Vincent: “For us every image makes total sense.”

Klara: “It makes sense in not making sense.”

Vincent: “In retrospect, you see the image, and you have the stories. I’m most interested in what other stories behind an image other people that weren’t there with us come up with.”

Klara: “There are some references in there that only the 5 of us can understand. Some things are jokes that are only extremely funny to us. Whenever you go to a club or a festival for a whole weekend, you always end up having these inside jokes that only your group understands. That’s also present in the book; some things might be super funny to us, and I could explain them to you, but you will probably think they’re not that funny.”

Vincent: “Some people that walked into our studio Monday morning were guessing what the images were about, and started making up their own stories.”

Klara: “That’s what we want it to be like: everybody can fill in the meaning for themselves. We want to keep it open, so everyone can see their own things.”

Vincent: “For the most part, the book is inspired by what we saw. It’s not one to one, but maybe while going through the book someone might think ‘Oh wow, maybe this was inspired by me” (laughs), but the likelihood of that is very small.” 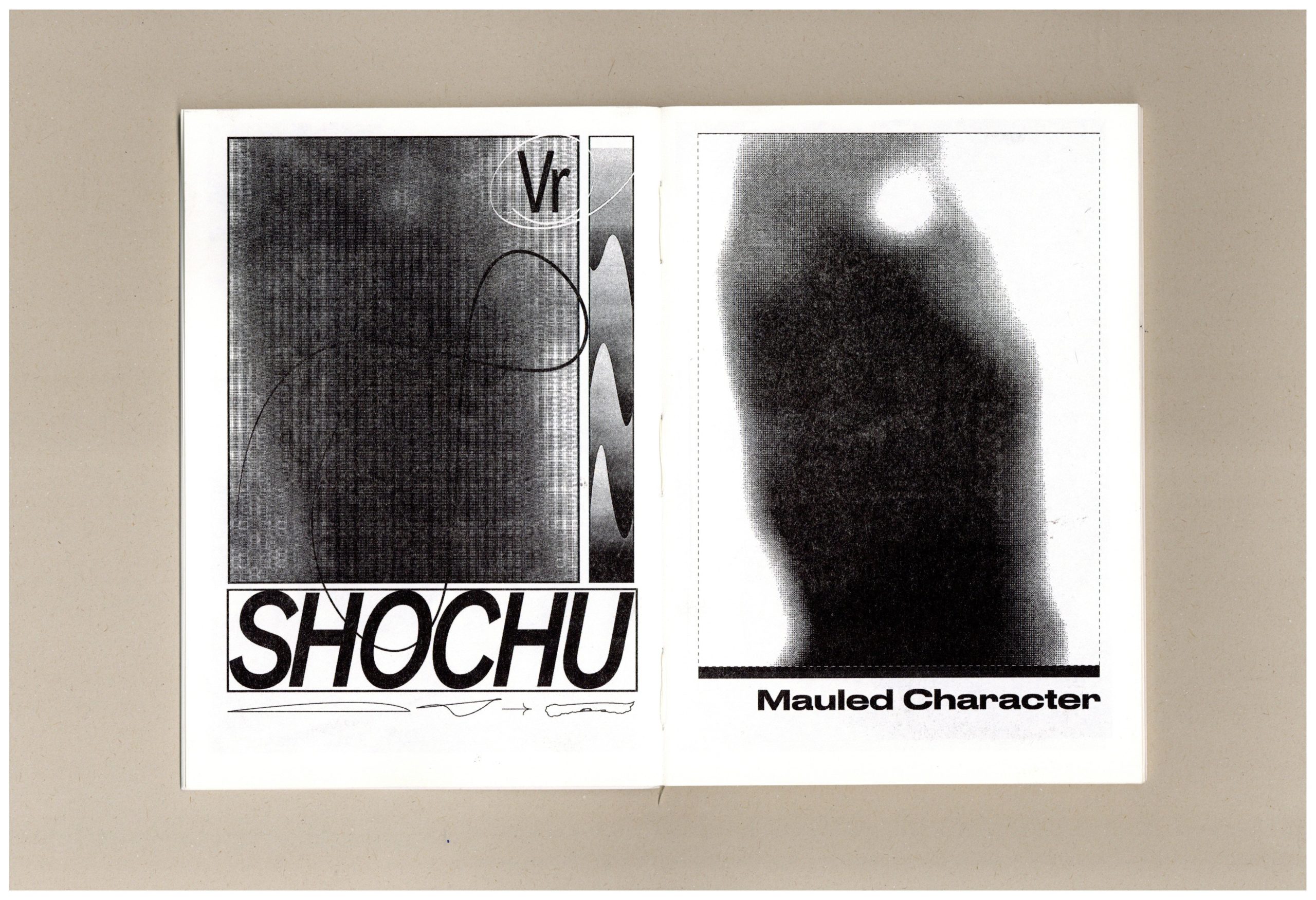 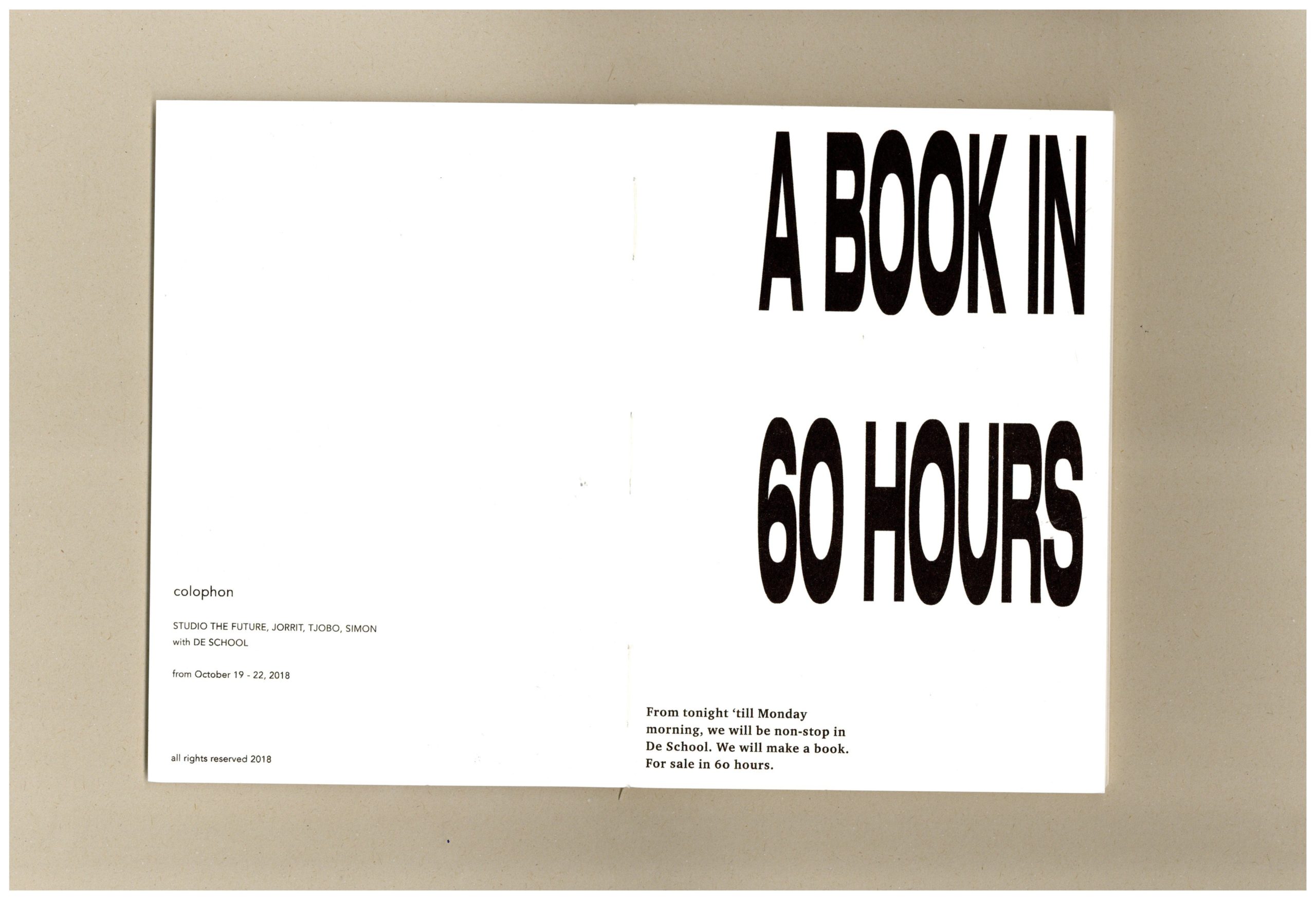