In December of 2019, we were invited to be the first artists in residence in Ojika Town — part of the Artist in Island program funded and organized by Nagasaki Prefecture. The first time we had heard about Ojika was in 2017 when Momoko — the head organizer of the residency and member of the local cultural activities group Hoteiza — visited Amsterdam with some other people from Nagasaki. She showed us images and posters, and we were amazed that such a beautiful place island existed so close to an area we have been so active in for the last years. It was basically a team come true that we could finally visit.

The basic theme was the relationship between sea and the island. There have been a lot fo changes in the make up and the conditions of the sea around Ojika. The fish are almost all gone, the abalone are basically extinct, and waters re riddled with trash from fishing boats from neighboring countries. In the summer you don’t notice, as they clean everything up, but in the winter (off season) it is far more in your face.

After a period of in-depth research into the stories of people, sifting through historical records etc. we decided that rather than directly confront the conditions of the sea, we ought to focus on the stories that pervade in the community. This as a way to reflect, rather than to draw any direct conclusions. We were there for two weeks, and do not have the right tools or knowledge to properly imbue what we would make with any hard scientific data or to make any defendable conclusions. So we kept it to the anecdotal nature of art and design.

In the end we made 1) a workshop where together with the local population we created five monsters, based on stories and myths of the islands, 2) a catalogue documenting all of the stories we heard with images we took and collected, as a base so that future artist in island participants can delve deeper than we could, 3) a video installation of three C-Tube television with stories and scenes from the island.

introduction video for the exhibition in Ojika Town 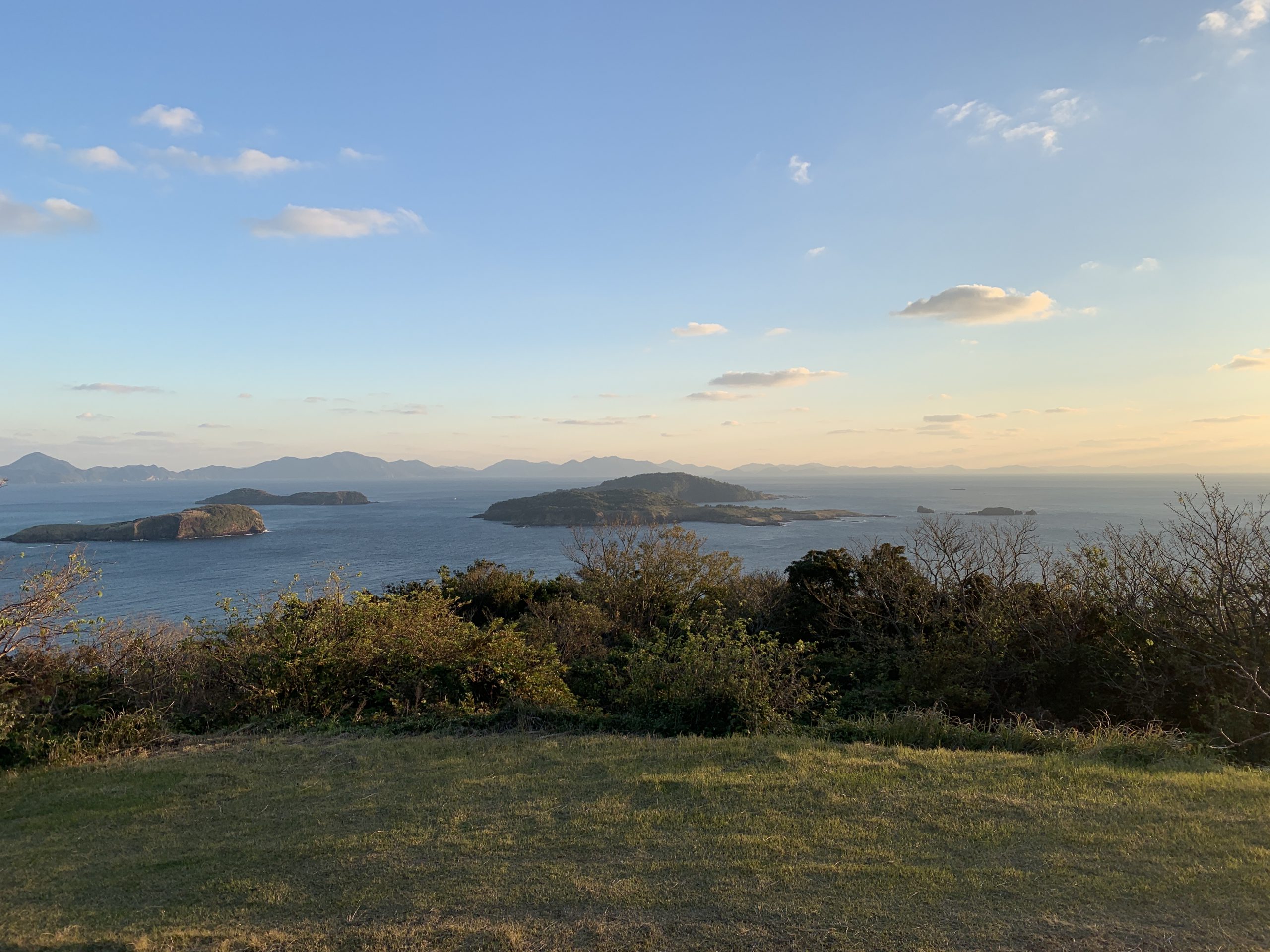 view of some of the islands 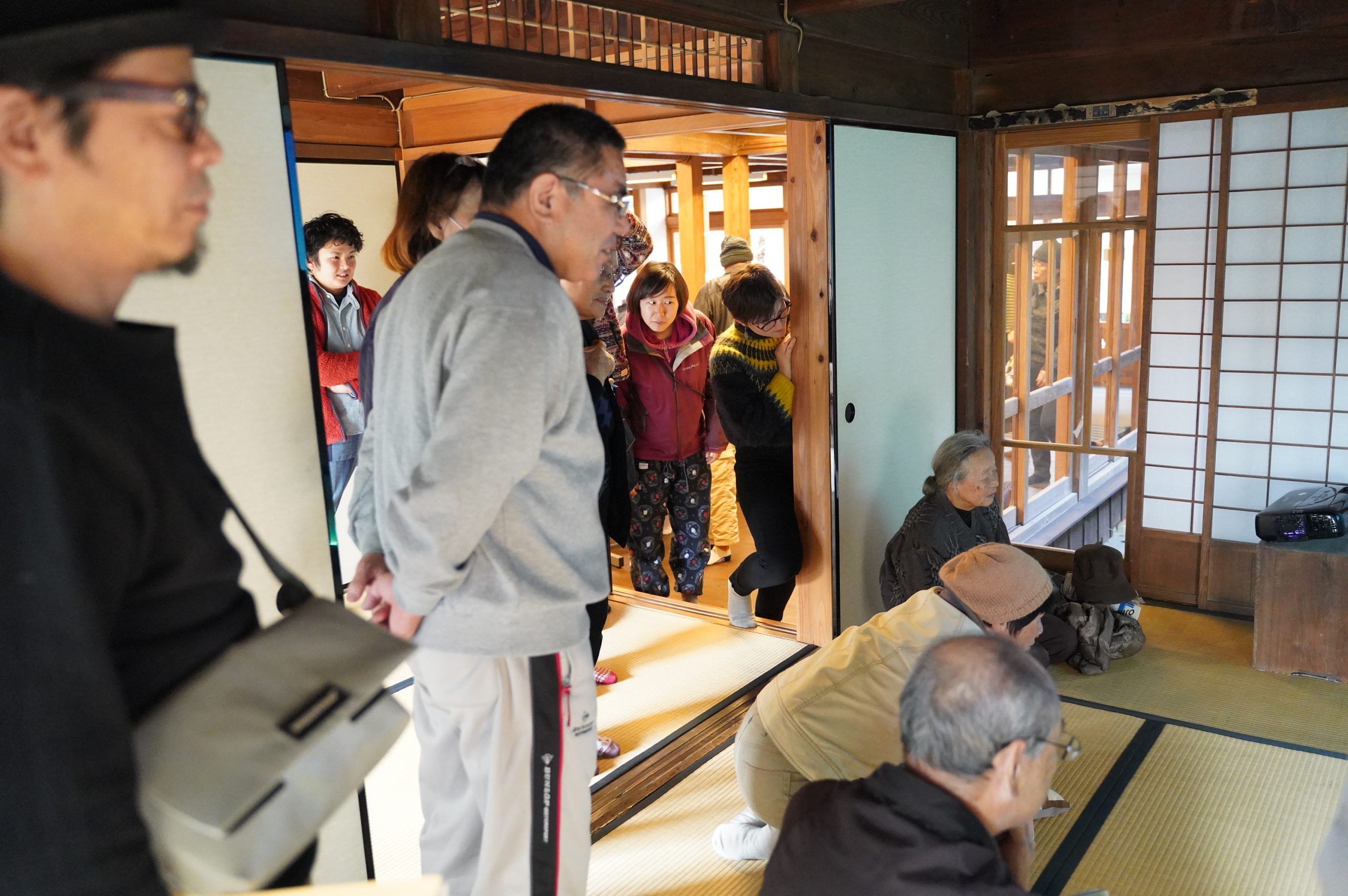 local visitors in the installation 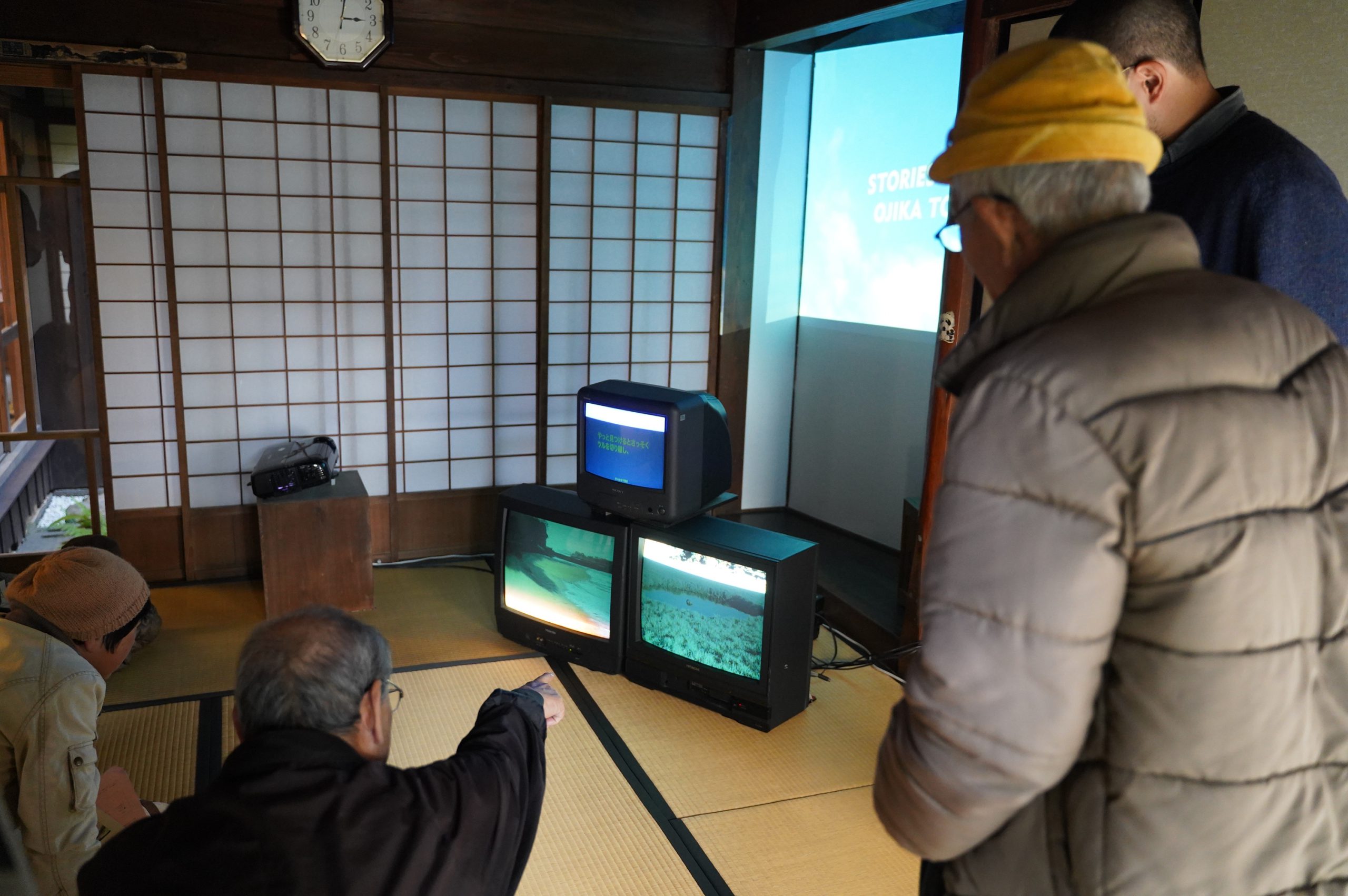 local visitors commenting on the installation, discussing where the footage was taken 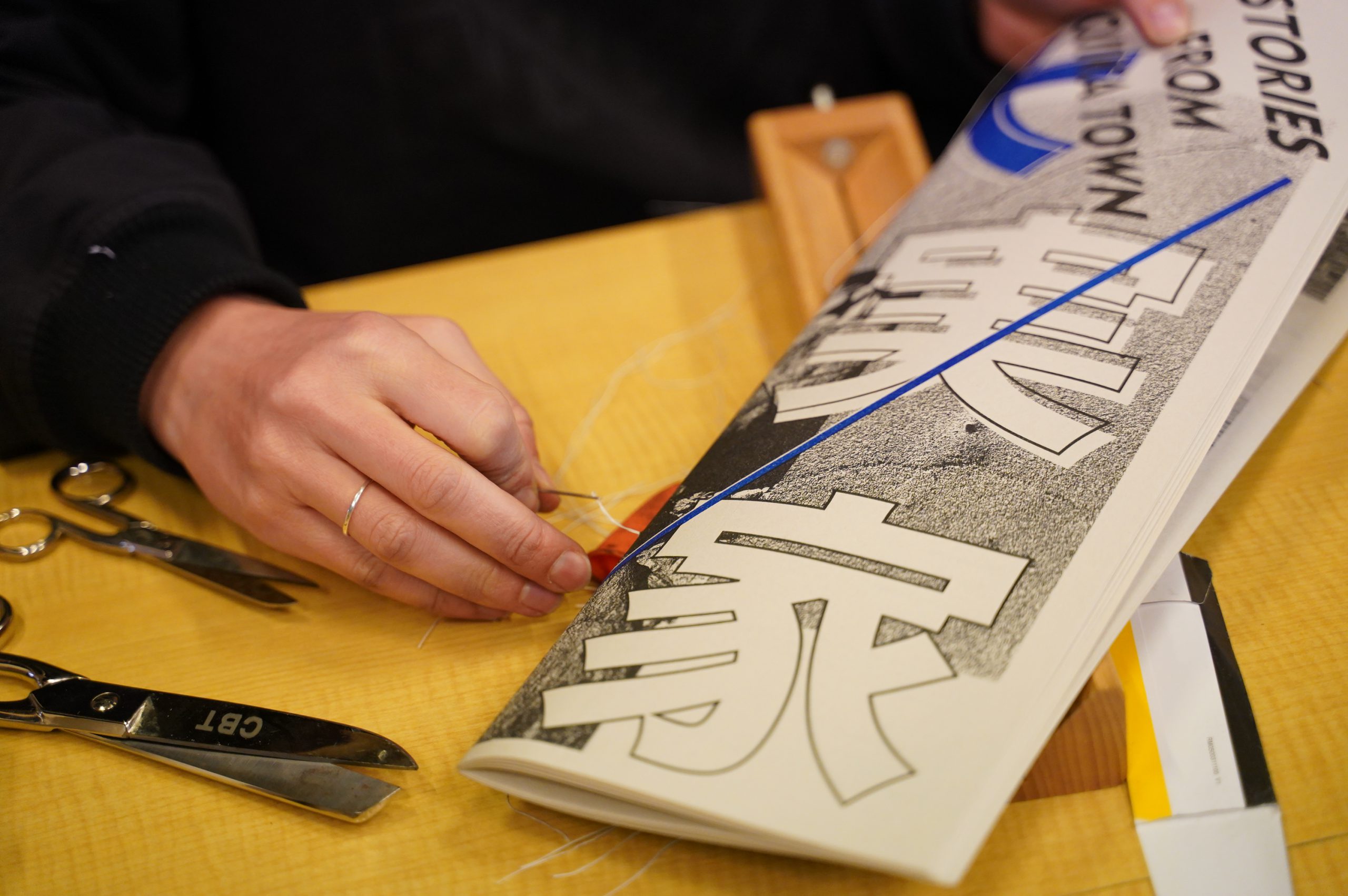 binding the catalogue, Stories from Ojika 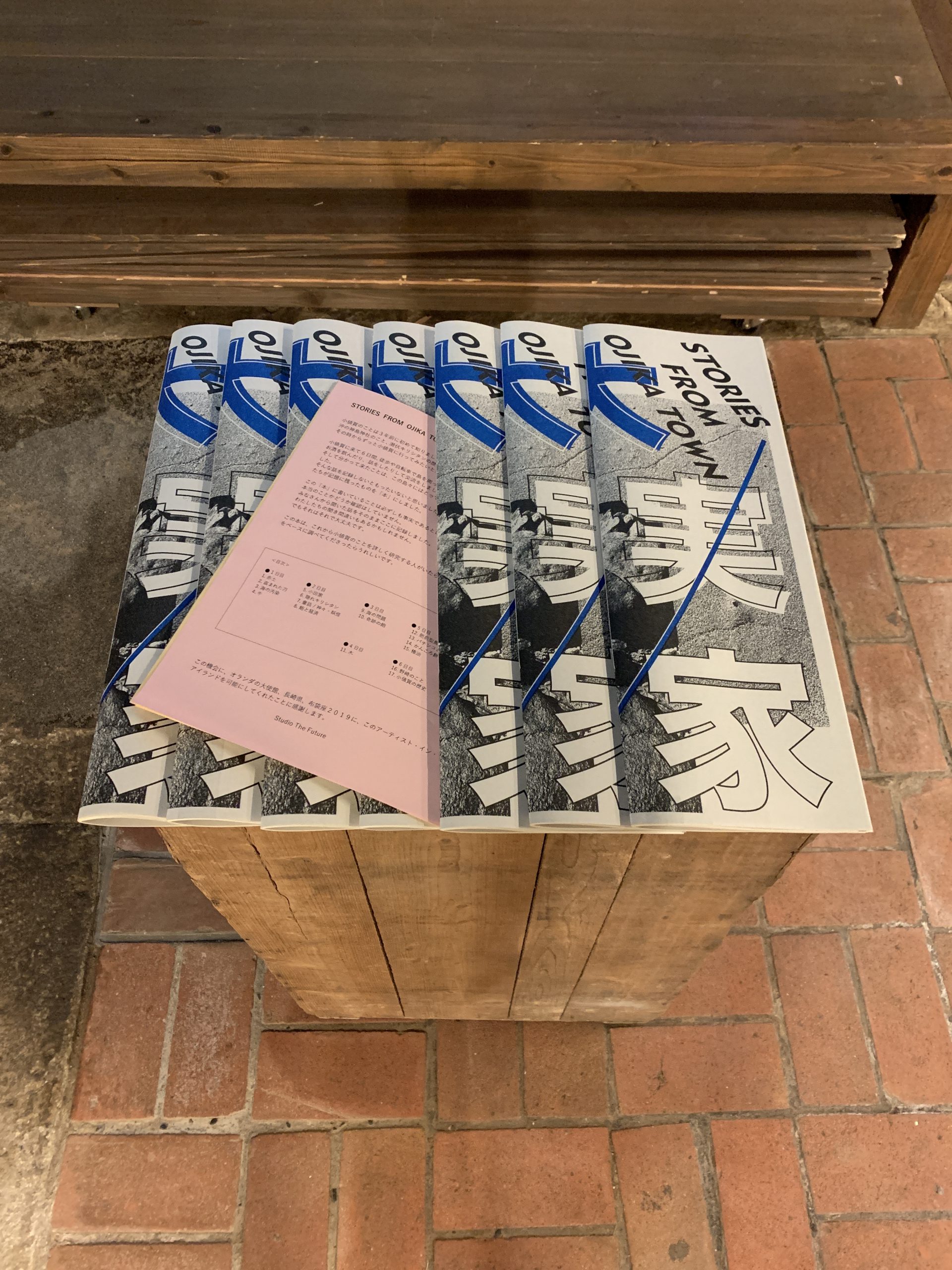 view of the pier 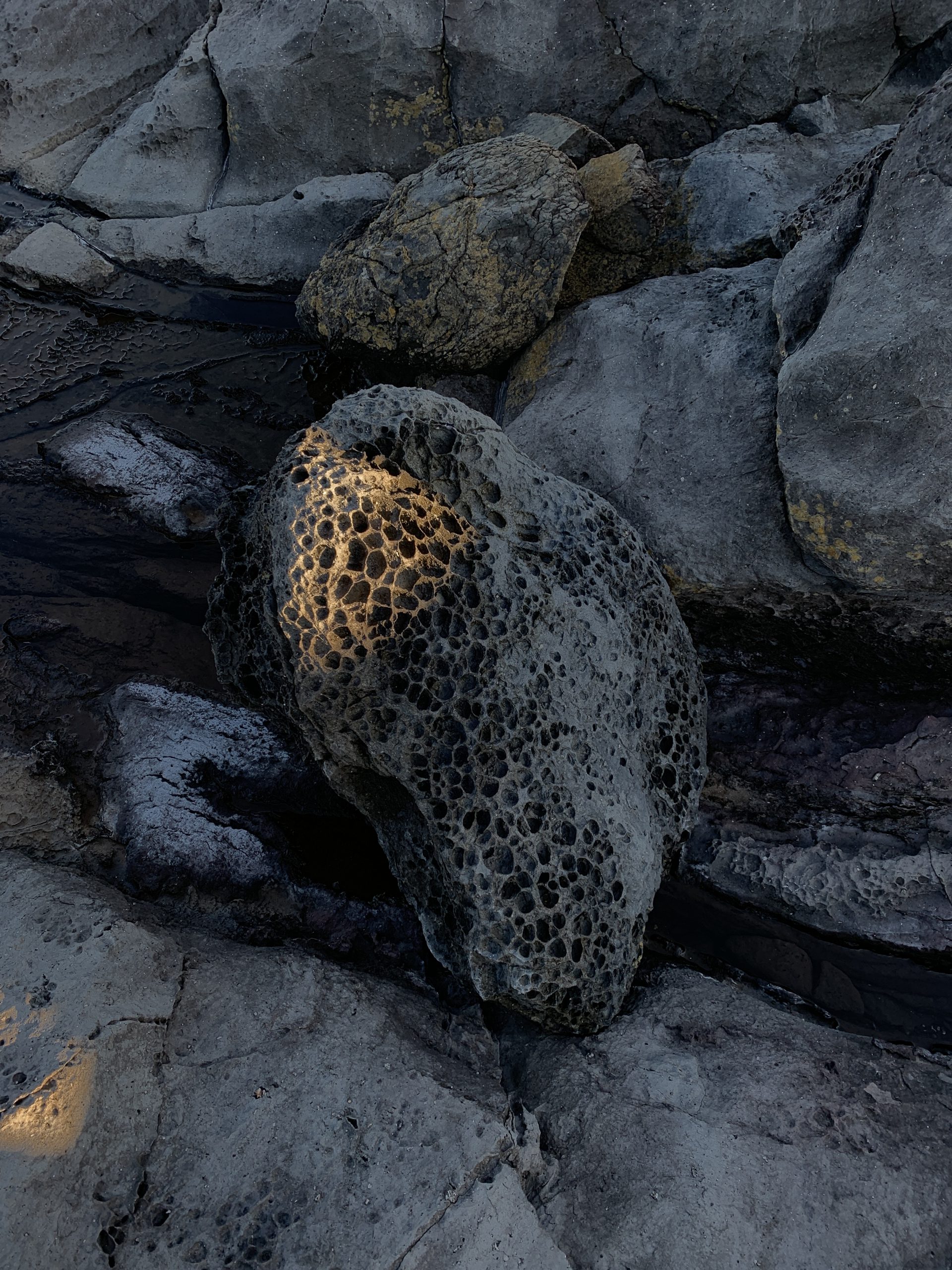 rock by the holy pothole 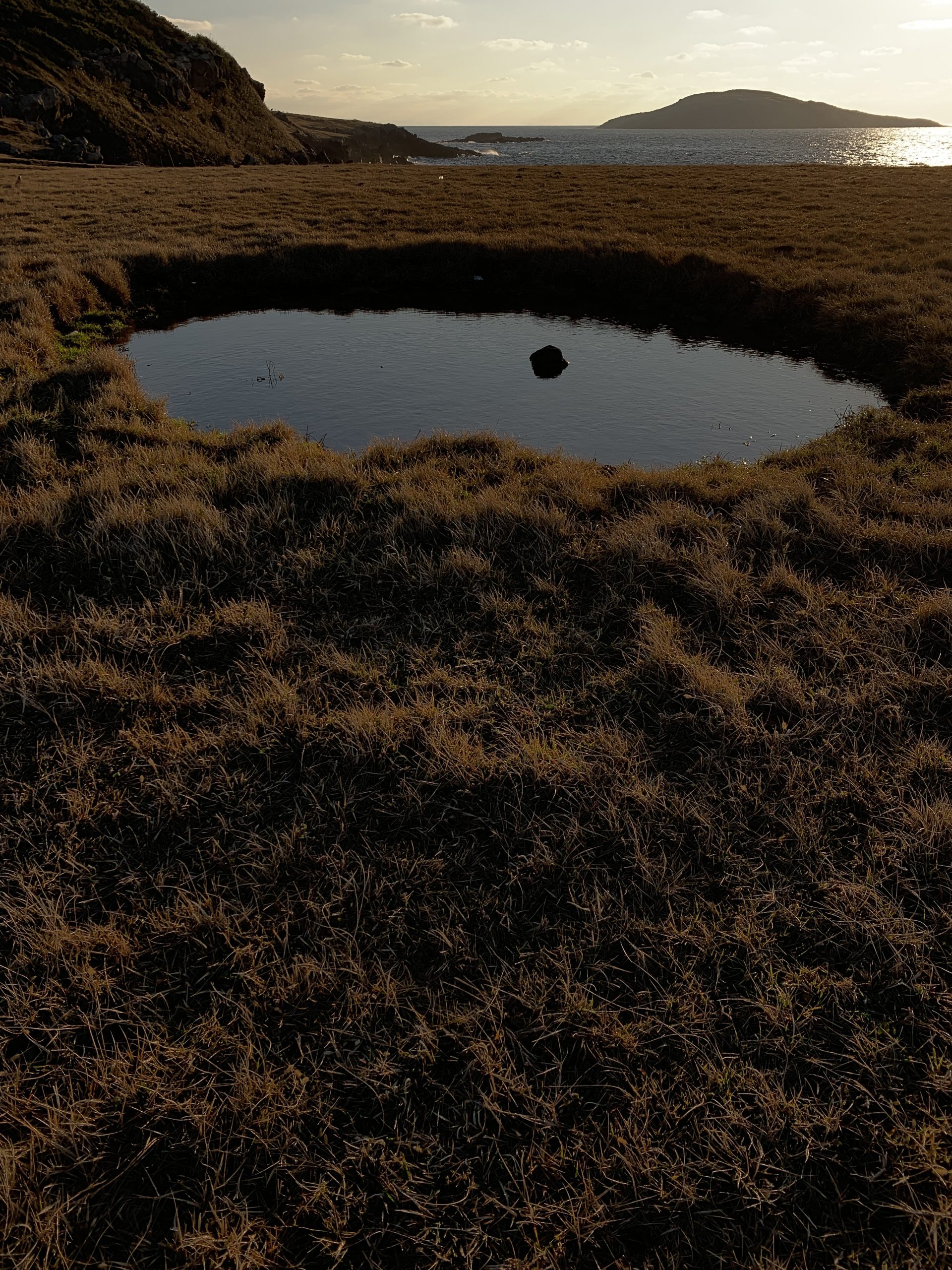 an odd circle pond on a cliff by the lighthouse 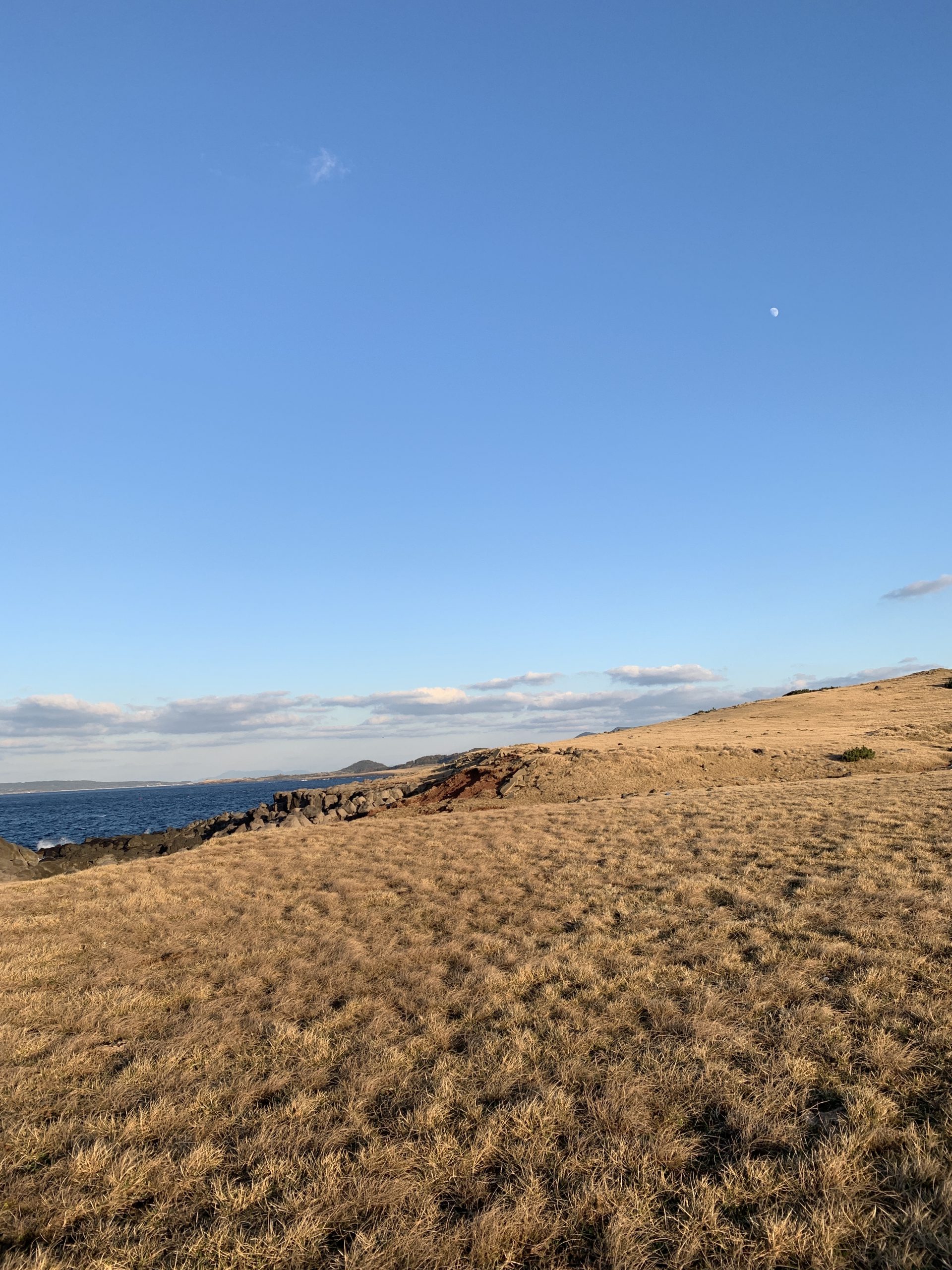 view of a plateau on Madara Island